After the first bake I nearly gave up on this one. I saw a million flaws. The upper layers were lifted on some places, the edge didn’t make sense and so on. The repairs were made by my boyfriend who “magically” levelled the upper blend layers and motivated me to finish the piece. 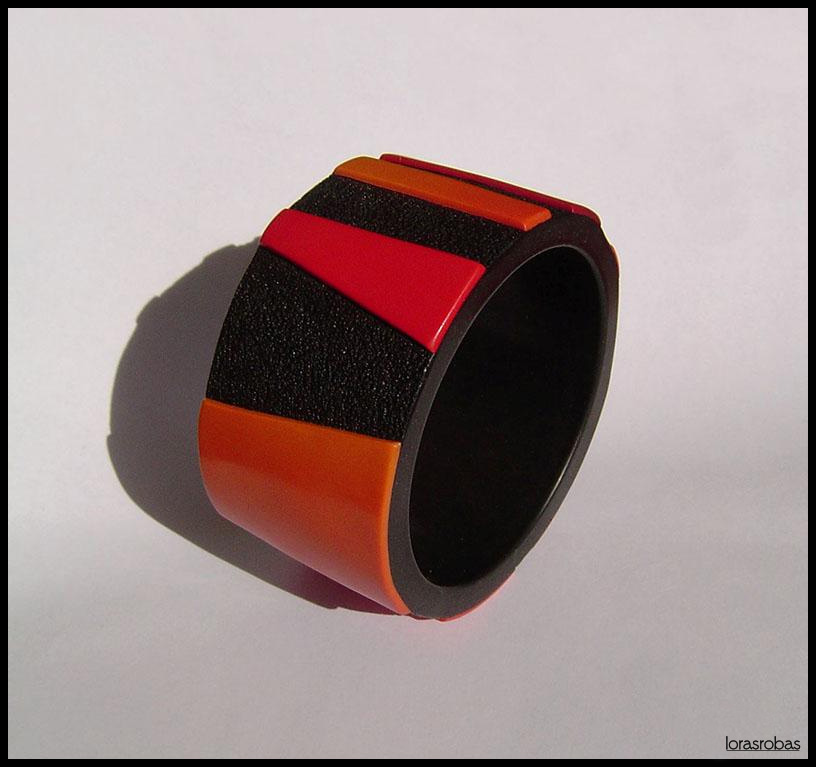 When we solved this problem, another one appeared. The left earring wasn’t a mirror image of the right. I made a beginners mistake, I know, and it is weird that I haven’t made it before. What is done is done, so I left it as it was. 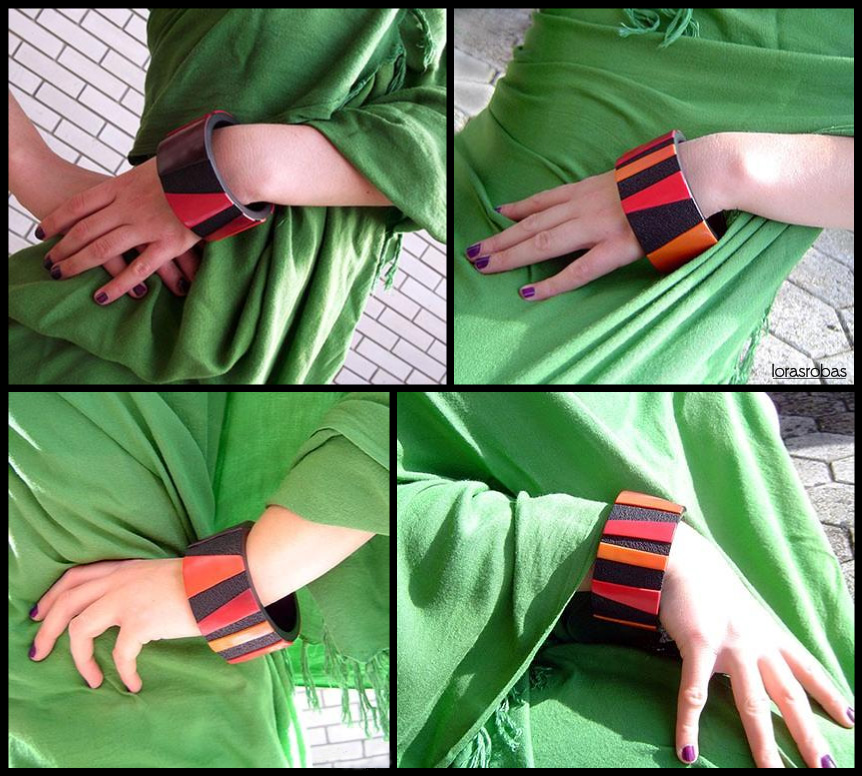 I thought about making an necklace pendant instead of earrings, but I wasn’t in the mood to make one. We are more in to bangles lately, but Wilma Flintstone necklace will soon join the collection. 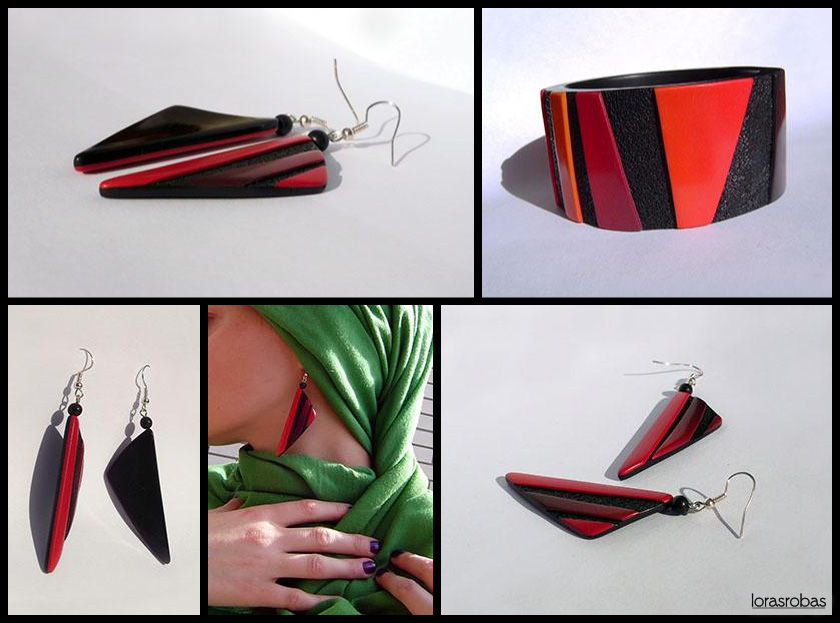