World on a turtle

Have you ever wondered if you can make a whole world out of polymer clay? We have

It all started as an experiment to see if we could make a realistic globe by covering/wrapping a large (around 10 cm – 4″ in diameter) plastic sphere with clay. It is hollow of course, because can you imagine baking almost a kilogram of clay and expecting it to turn out round? Not to mention the amount of clay it would use. 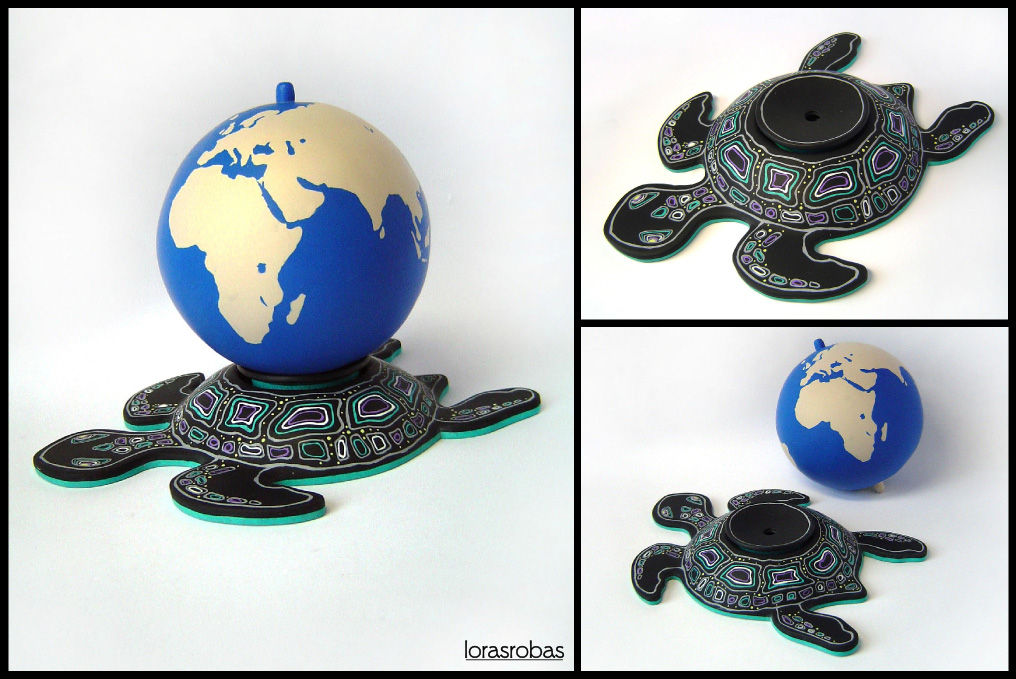 This globe isn’t an accurate representation of earth but it came out ok and everyone can recognize it for what it is. We didn’t know what to do with it, except to use it as a weird Christmas tree ornament. After a year or so of lying around the shop we had an idea to mount our world as imagined in old mythologies – on a turtle. 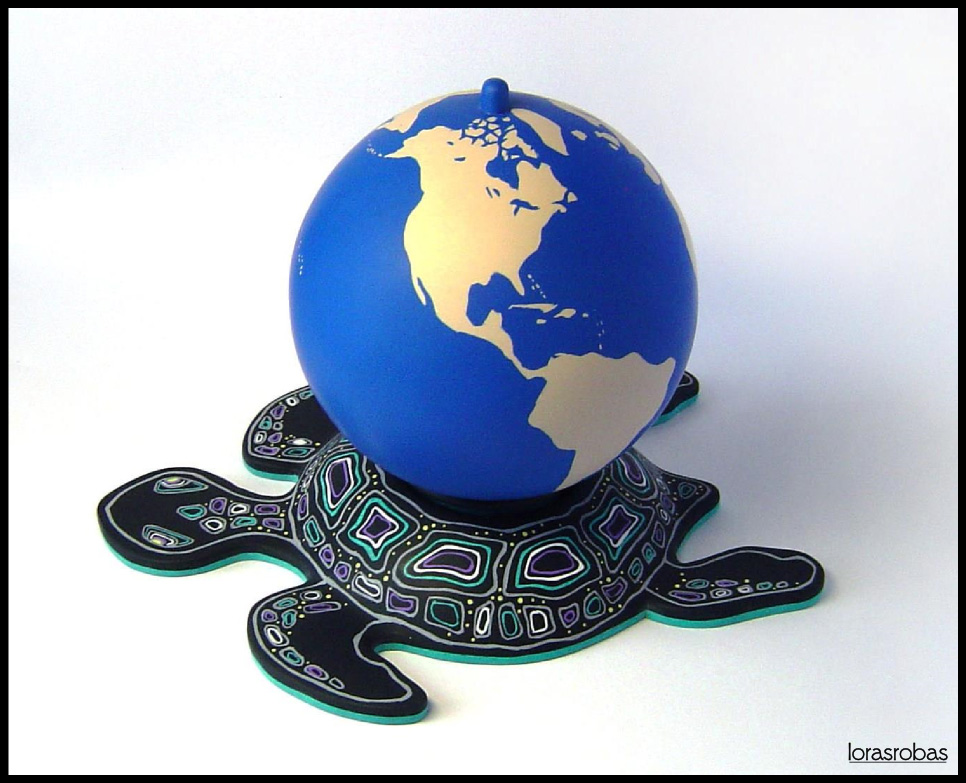 The earth can be easily removed and turned upside down, since it’s not permanently attached to the turtle. And earth isn’t earth if it’s not spinning, so we used a fast, low friction bearing inside the turtle to help with that. It’s not powered or perfectly aligned, but when you spin it, it rotates for a while and it’s fun to play with.

This was our first time making an animated gif, which was our friend’s idea, and since it is a moving sculpture, still pictures aren’t enough.